Please wait while your purchase is processed by Paypal... 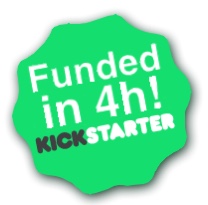 (All prices include VAT in EU)

Shipment may be subject to duties and taxes as determined by customs in the destination country.

88 pages of easy to cook recipes, all visualized with flowcharts. Scroll down to learn more.

In stock now!
(only a limited quantity remain of the 1st edition)

I have read and agree to the:

This is a cookbook with solid everyday recipes visualised using flowcharts for better readability/understanding and usability than what you get from a traditionally formatted cookbook.

Do you ever find yourself frustrated or confused when trying to follow along with a traditional cooking recipe?

The more you cook the more you realise that cooking is often not as straight forward as a linear step by step instruction make it out to be. There is a fair share of decision making, probing, and parallel processing, which is not easily communicated in a linear text recipe.

And why are recipes online always buried under a wall of text blog post?

The traditional cooking recipe describes a step by step workflow as essentially a numbered list of actions to take in one long sequence. What you are unable to glance from a traditional recipe is what parts of the workflow can be prepared in advance or in parallel with other tasks. You can try to solve this problem by reading the whole recipe in advance before you start cooking and then keep your knowledge of what actions will come next in memory as you cook the dish. This of course put a heavy toll on your cognition, and the longer the recipe the harder it gets.

How can we improve the recipe format?

There are of course many ways to make recipes easier to read, and I have seen many well written recipes which get creative with the formatting using colour coding, margin notes, etc. but ultimately it still follows the same numbered list format.

Personally, working as an engineer in software development, I read and review hundreds of pages of technical documentation every year, and one of the things I often request for is for more visualisations of the often very verbose descriptions for better readability. A generally accepted assumption in the field of cognitive psychology is that people learn better if they are taught using more than one sense (or modality) (The New Handbook of Multi-sensory Processing, Barry E. Stein, 2012).

When you visualise processes, designs, time plans, etc. your teams mental image become more aligned. With a new angle, or view point to the topic you understand the problem domain in a new and deeper way and sometimes a good visualisation reveals issues which you were completely blind to before.

This is where flowcharts commonly used in engineering comes into play. Flowcharts are a type of diagram which describe a process, workflow or algorithm which solves a task in a step by step manner. The beauty of a flowchart is that you can glance the “big picture” at any time and easily keep track of your progress. A flowchart simplifies decision making and visualise loops and forks (parallel execution). Something which is hard to convey in a purely text formatted recipe.

For improved reading comprehension. Every recipe in this book is presented in the traditional way and with a flowchart so you can utilize both sides of your brain.

The Chicken Tikka Masala recipe above was the first of the community voted recipes included in the book.

The first prototype - Pancake mix. I glued the flowchart to the page.


Who is this book for?

This book is for the visual thinkers, people nerdy enough to be fluent in flowcharts. This is for those of us who are fed up with Search Engine Optimised (SEO) food blogs where you have to scroll past useless anecdotes and ramblings to get to the actual recipe.

A good flowchart is like a form of humour to a certain type of people. I just find it oddly satisfying to look at. I imagine that this cookbook might be a good coffee table book for the office, the "man cave" or "nerd cave".

The perfect birthday gift for your engineer spouse or friend! ;)

Raggmunk - a traditional Swedish pancake made out of potatoes.

The book comes with more than 25 solid and traditional recipes for a family's everyday feeding needs. The majority of the recipes are in the Swedish "husman" style (traditional Nordic home cooking). There are are fair bit of Finnish recipes as well.

Mom’s Pirogues - Finnish Pirogues that are baked in the oven rather than oil fried.

The heavy stock 170g Silk paper is varnished for many years of use in your kitchen.

The Flowchart Recipes project was launched on Kickstarter on November 3, 2020 and was an immediate success! Thanks to the generous backers at Kickstarter we reached the funding goal in less than 4 hours! The campaign went on to raise over 1600% of it's funding goal. Learn more on the Kickstarter campaign site.

For all of you who found out about the Kickstarter too late. Flowchart Recipes is finally available for order. Now that the Kickstarter rewards have been sent there are a limited amount of books left for late backers. Get your copy of the book now! Payment is collected thru secure Paypal checkout.